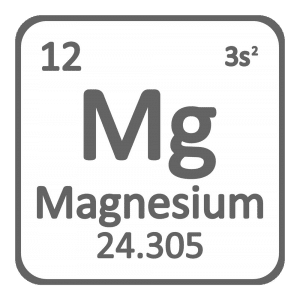 Use of Mg-based alloys has a history of more than a century.  Use of unspecified Mg alloy as wire for vascular closure was first reported by Huse in human patients in 1878 (1).  Payr introduced the concept of Mg plates and sheets to the treatment of joint disease in 1900 (2), which was followed by human implantation of Mg sheets into temporarily stabilized joints by Chlumsky, finding successful preservation of 2mm wide joint space through 8-month follow-up (3).  Lambotte continued research in orthopedic applications in the 1930’s in both animals and humans, eventually using an Mg alloy nail for the treatment of supracondylar fractures in children, with good results (4).  Maier investigated the use of magnesium devices in humeral fractures of two humans, with good results after 14-year follow-up (5).  In 1948, Troitskii and Tsitrin reported on 34 human cases for treatment of pseudoarthrosis with a plate/screw construct made from Mg-Cd alloy (6).

While significant advantages were found in these applications, especially considering the use of devices in children, the continued difficulty was experienced finding Mg alloys with proper mechanical properties for the indications, as well as achieving greater control of the hydrogen production during absorption of the implants.  Substantial work in the use of Mg alloys in medical applications was reinitiated by Heublein et al in 2000 (7), particularly for vascular applications.  This work resulted in the development of a cardiac stent, multiple human trials, and is currently undergoing clinical trial in 46 humans as a drug-coated stent with favorable results after 12 months follow-up (8).

In June 2014, Transluminal Technologies received CE mark approval for marketing of its absorbable vascular closure device using Mg alloy.  Transluminal claims this approval was granted following good results following human clinical trials and notes a cohort of at least 14 patients in 2010.  No further data or publication reporting the use and results of the device can be found (9).

In modern orthopedic applications, the MAGNEZIX® screw (Syntellix AG), indicated for reconstruction of hallux valgus deformity has been granted CE mark for marketing in Europe using a MgYREZr alloy.  In the randomized trial of 26 humans, the Mg alloy screw was found to be clinically equivalent to titanium screws, and no adverse body reactions were detected (10).